In my ongoing quest of minimizing my Google dependency I have now successfully moved away from Google Maps.

Initially I tried out OsmAnd, but I felt it was lacking in its UI and the user experience. I also didn’t like the default map colouring scheme, which is too colourful for me.

It behaves like a product which can everything, but first needs to be tuned, and the right settings selected. I prefer a product with a smaller feature set, but each feature being well implemented and works flawlessly.

This is a product I initially heard about some years ago from my sister, who used it when she was travelling abroad. Its offline maps (a feature which OsmAnd also has), saved her while being in places where she had no network connectivity but still needed a map.

With maps.me, I felt more at home and understood how to use it more than with OsmAnd. It has, imho, a more intuitive UI and my user experience was better.

I should be honest here, and admit I did not try any further maps apps, as maps.me covers my needs for now.

maps.me is open-source software, with the software hosted on GitHub. With an impressive (?) 33k commits and 3k stars, this project has been going since 2011 and by the looks of it is still very active.

Move my data from Google Maps

Now, I have used Google Maps for quite some time, and managed to pin out some 300 locations by marking them with a star. This data is generated by me, and something which I do not want to lose just by changing my maps app.

Welcome Google Takeout. This is a tool which allows for data export from a large selection of the Google services, including Google Maps. This I managed to discover thanks to cn3m in the PrivacyGuides subreddit, your advice was much appreciated.

The export is configured and scheduled, and once downloaded I found an archive with a Saved Places.json file. This file uses the GeoJSON format.

maps.me supports data import. Not GeoJSON but data sets using the KML or KMZ formats. KML or KMZ are both file formats used by Keyhole Earth Viewer from Keyhole, a company Google acquired in 2004.

So, my 7k json data export needed to be converted to this XML based Keyhole format, preferably without too much manual work.

From some online research, I decided to use the ogr2ogr CLI tool, which is a part of the gdal tooling. With AUR, it can be installed from the community repos with yay gdal.

The only special flag here, fieldTypeToString, is to specify that the timestamps used should not be parsed but just kept as text data. The Google Maps metadata was not imported my maps.me anyway, it simply imported the Longitude/Latitude.

Once converted, this file can be opened by maps.me and it successfully imported the file without any problems. 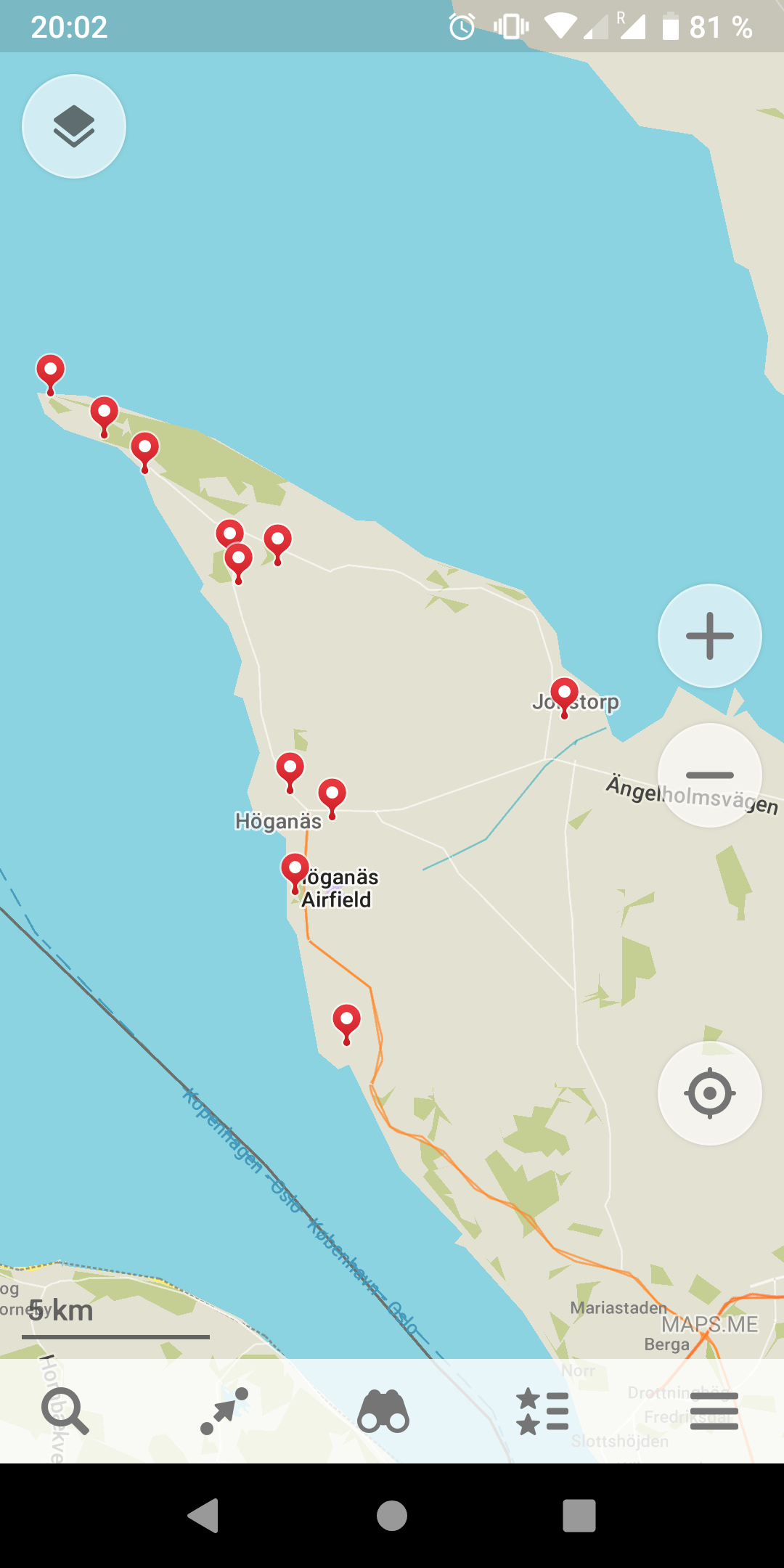 The locations are imported to a bookmark list, mine was automatically named “Bookmarks”.

Satisfied, I have now one less dependency to Google.